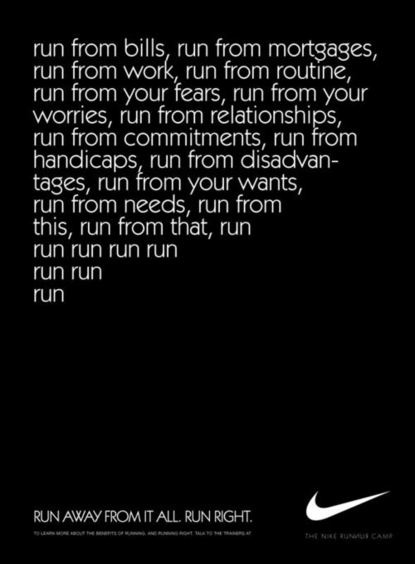 I meant to update after my last run on Tuesday but it just didn’t pan out. Let me tell you a little about each one.

Tuesday’s run was a bit of a struggle. I did it in the evening, around 8PM after eating dinner. Normally I don’t like to leave my workout until the end of the day because I know there’s a chance that I won’t be able to get it in. But with my working full time these next two weeks, and not having the motivation to get up in the morning, that’s just the way it’s been going. So I went out for my run and the weather was nice enough. I remember thinking that I wanted to do better than the last time, but I felt slow throughout the first mile and a half. As I came toward the end I started to push, and I mean really, really push, and I was almost running all out. I mean, maybe I was, but my legs were so tired that I couldn’t really tell. Anyway, I almost threw up. I attribute it to eating so close to my run, but I was okay. Here’s the breakdown: 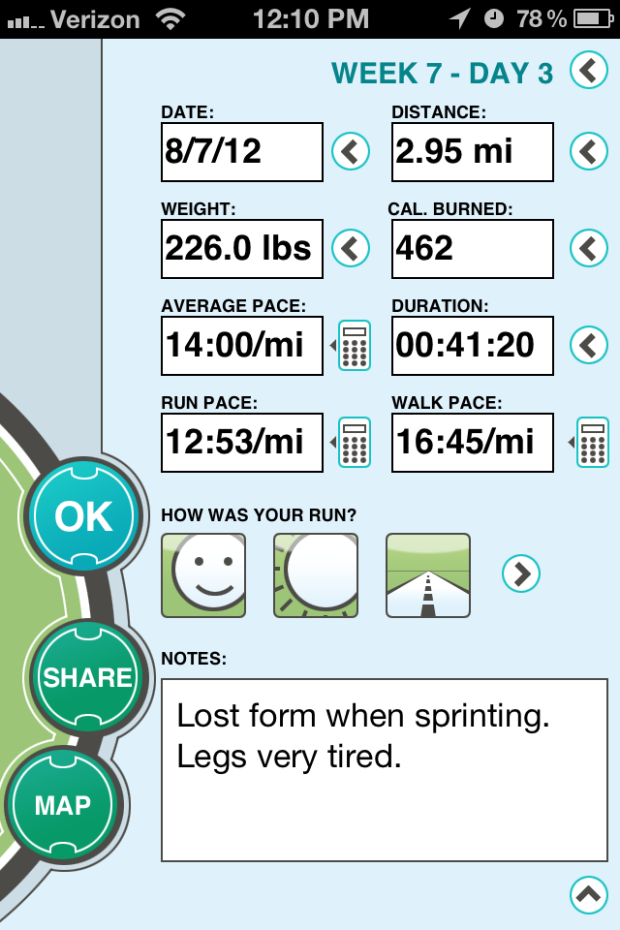 Like I said in my notes, when I was running harder, I totally lost my form. I was so exhausted that I was hunching over, I couldn’t hold in my core, and I was all over the place. Needless to say, I should probably work on that.

This morning’s run was another story. I took off a little faster than normal, but I wanted to see how far I could go maintaining that pace. What do you know, I kept it up the whole time. For the most part, haha. There’s always a portion in my run where I’m a little further than halfway done and I kind of stall out. Luckily a great song came on over my iPod and I was able to kick it into gear. A little too into gear though, because I had to slow down in the next leg to catch my legs. Amazingly, I’m able to slowly jog to regain some strength, instead of having to walk completely. This is a rather new development, but I was really excited as I gathered up my strength again and picked up my previous quick, but not exhausting pace. 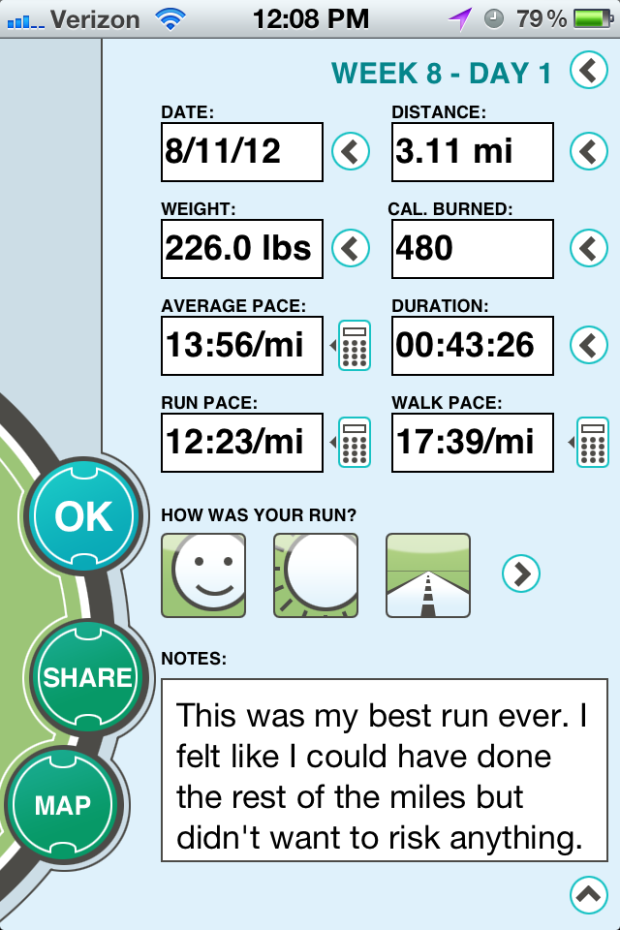 Looking at the breakdown you can see I did the 5k, but that includes my warmup and cooldown walking. I ran about 2.5 of the 3.1 – which I am pretty damn proud of, if I do say so myself. When I got to the point where it told me to cooldown, I felt like I could’ve kept running. Who knows, I might’ve been able to complete the 5k today, but I didn’t want to risk anything. I also had my fastest mile time today of 11:52. Yayy!!

What’s really been helping my legs recover is immediately stretching my calves and achilles on the stairs, doing lots of runner’s lunges and downward dogs, and then icing the shit out of my calves. I tried this out on Tuesday and I felt great on Wednesday morning – no soreness at all when getting out of bed. It was very surprising, and wonderful. I iced my left leg today since it was more nagging than my right, but after I finish this I’m going to ice both of them some more while I sit on the couch.

To wrap this up I’m going to share a couple of songs that were really fantastic when they came on during these last two runs:

Paul Simon, “Gumboots”: I got to hear this live in November when I saw Paul in Northern Kentucky. IT. WAS. AMAZING. Paul Simon is probably my favorite recording artist of all time, so to see him perform in all his glory was outstanding. Plus he did “Sounds of Silence,” WHO SAW THAT COMING!?

Yeah Yeah Yeahs, “Gold Lion”: This is what got me through that lag in my run this morning. I paced my breathing, picked up my feet, and jammed out.

Until next time! xoxo

2 thoughts on “Almost There!”