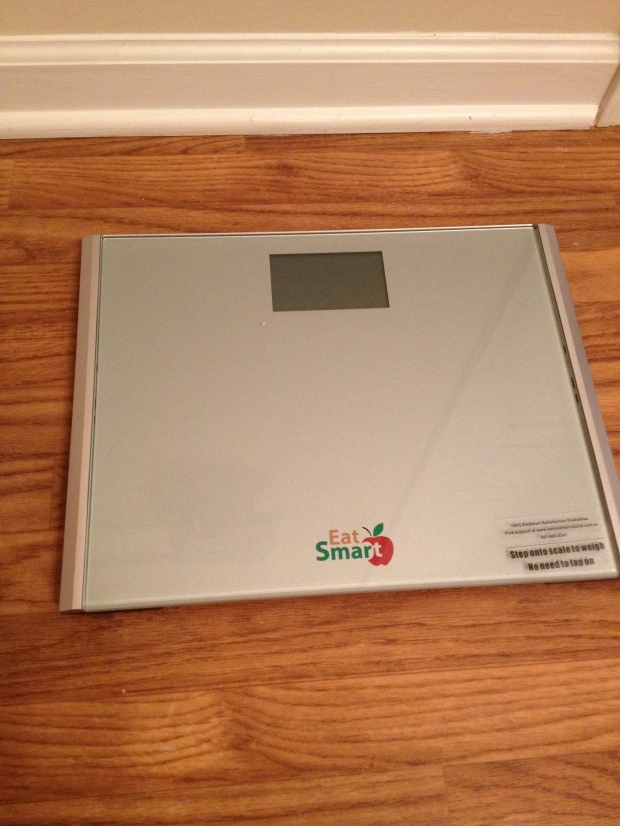 I was terrified that my scale was inaccurate. As an obsessive compulsive weigh-er, this was an issue. And one I sought to remedy in a timely manner. So I took to Amazon and found the best rated scale for my price range and found the one above. And it was as I feared – not only was my other scale inaccurate (compared to this one), but I was also 4 – 5 pounds heavier than I thought I was. I’m not sure if that is a good or a bad thing. I put the weight into my weight tracker which meant I admitted a gain, but maybe I didn’t really gain you know? Maybe I was heavier all along and I actually have lost weight from the beginning but now I’m back on track I think. Plus it’s got a really wide foot pad and a backlit screen.

My friend Ashley over at A Witty Life interviewed me for her blog. I thought it was pretty cool so here is the link to check it out. And yes, I read it in the dark in my garage because I’m so vain that I wanted to see my words on another person’s blog immediately and now I’m telling you about it as soon as I can so you can check out her blog! She’s funny, smart, witty (duh), and probably the coolest dresser I know.

Does everyone watch and or read Game of Thrones?? I’m obsessed right now and had a long discussion about it this morning. We got an Apple TV so now I can watch HBO go on the TV instead of the iPad. It’s probably the best invention of all time. I never have to leave the house for real now.

So another fear… I want to sign up for the Iron Horse Half Marathon in October. BUT I think that signing up for a half marathon as my first race is dumb. I don’t want to pay to do a 5k because they’re a ton of money for 3 miles that I can do behind my house for free. So do I sign up for the half and then try to do like a 10k or something before hand if something comes up? Help me people. I’m lost. I’m floundering. I have no goals.

And lets all get pumped for Biggest Loser finale on Monday – I know this lady is!

In honor of their makeovers a few episodes ago – I cut off all my hair. Not really. I mean, yes I cut it all off but it wasn’t because of Biggest Loser. It’s because long hair is a pain in the ass and I get too hot. So it’s done. WORD. 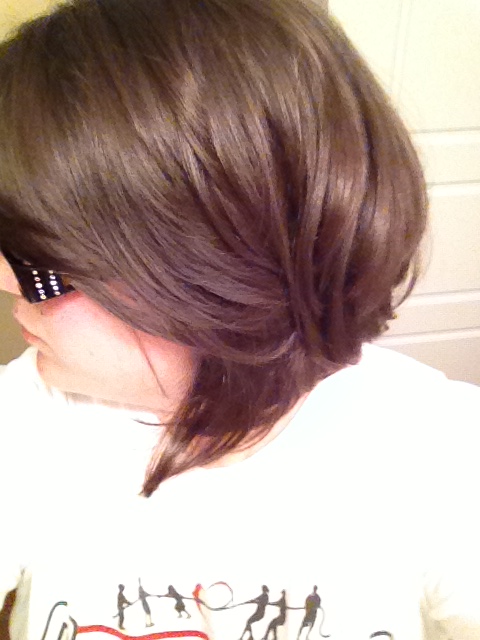 14 thoughts on “Fears and Things”